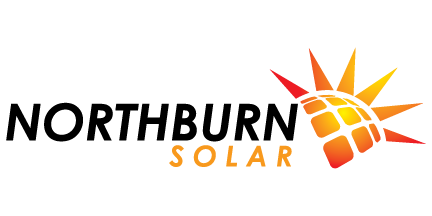 The Hybrid Solar Solution combines PV-T with a heat pump. We have integrated PV-T with a Heat pump.There are two version of the solar PV-T hybrid heat pump solution:

PV needs to keep cool in order to achieve maximum efficiency and solar thermal needs heat. PV-T cools down the PV element using a circuit of fluid which travels around the panel and absorbs the heat and takes it away to be used in the building. The heat then is sent to heat the hot water tank. This process increases the efficiency of the PV and adds heat to the cylinder to top up hot water requirements. In basic terms, PV-T is a PV system with a cooling system integrated in it. The PV cells become around 20% more efficient than a standard PV system and have the added benefit of thermal energy. By adding the heat pump into the mix, we are able to absorb more thermal energy from the panel which increases the efficiency of both electrical and thermal outputs. Thanks to the heat pump’s higher source temperature, the difference between the source and target (Coefficient of Performance -COP) is reduced making the heat pump run more effectively.Combining these technologies into an energy solution, we can increase the efficiency of each component. PV is less efficient when it gets hot. The heat build-up within the PV modules reduces the electrical output by 0.4-0.5% for every 1°C above its rated output temperature (25°C). Roofs can reach temperatures in excess of 70°C, making the actual operating efficiency of PV systems less than the rated output. PV-T not only addresses the issue of overheating but in doing so, harnesses useful heat that can be utilised for heating and hot water.The heat pump can use the electricity produced by the PV to operate and the heat from the thermal side reduce its COP.

A New Concept In Renewable Energy

The Zero Carbon Solution displaces conventional renewable energy technologies for new buildings. The breakthrough development of a practical and low cost form of inter-seasonal heat storage, the Earth Energy Bank (EEB), has made it easy to store summer-time heat in the earth below buildings for use the following winter.This opens the door to cost effective zero carbon buildings when this innovation is combined with other low carbon technologies. A hybrid solar array, also known as PV-Thermal or PV-T, enables much more solar energy to be collected than conventional PV or thermal arrays. Its panels deliver four times the energy per sq m than PV by extracting both heat and electricity from the same panel. In winter, the stored heat is extracted from the EEB using a ground source heat pump.During the summer each panel delivers 200 watts peak of electricity and 460 watts peak of thermal energy. The thermal energy goes into the ground and the electrical energy is used to heat the hot water. When that is up to temperature, any unused power is converted into heat and joins the thermal output going into the ground. Thus the heat pump can remain switched off for most of the summer.

The Zero Carbon Solution features Photovoltaic Thermal (PVT) panels, which combine conventional photo-voltaic electrical generators with thermal energy collectors to produce both electricity and useable heat from one panel.These combined PV-Thermal arrays take up about 30% than separate PV and Thermal arrays, and are significantly more cost effective and energy efficient.A Photovoltaic Thermal (PV-T) panel consists of a combined assembly of PV cells bonded to a conductive metal substrate, which conducts heat away from the panel into a series of pipes. This heat is then deposited into our thermal energy store (Earth Energy Bank). This keeps the panels cool, enabling them to produce significantly more electricity, typically 15% more annually.Another advantage of PV-Thermal is their ability to be mounted within the roofline of a building. Because conventional PV cells can get very hot in the sun, they have to be elevated above the roofline to allow for cooling, making them visually obtrusive.In addition to these important benefits the panels can be used to collect energy even when the sun is below the horizon. In “night mode” the heat pump can use them as an energy source by cooling the fluid down below ambient temperature and sending it back to the panels to be warmed by the night air and background infra-red radiation which is present on a cloudy night.

The Zero Carbon Solution features an inter-seasonal heat store known as the “Earth Energy Bank” (EEB), which preserves the heat collected in the summer for use during the winter months.Under every house there is a substantial mass of earth. This earth has a large thermal capacity and a low thermal conductivity, making it an ideal medium for heat storage. Furthermore, it’s there already, we do not have to provide it.Making use of it as a heat store is delightfully simple. We drill a matrix of holes 1.5 meters deep and 1.5 meters apart into which we insert some pipes which carry the solar energy from the roof into the ground.The holes are drilled using a simple auger similar to that used for fence posts, but which go deeper into the ground. The polyethylene pipes are electro- welded into pressure tested sub-assemblies off-site and delivered to site, ready to be dropped into the bore holes.The boreholes are then back filled with a porridge like mineral, which provides good thermal contact between the pipes and the earth. Finally the completed assembly is covered with sand and a layer of insulation placed on top.